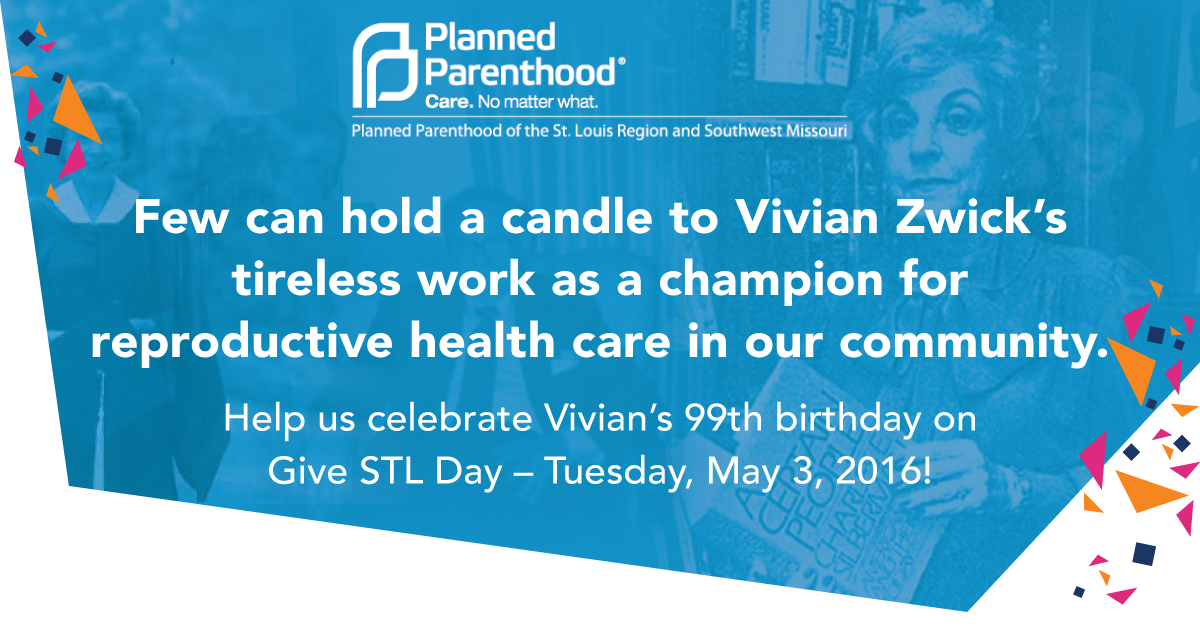 Frost Media Group increased Planned Parenthood St. Louis donations on Give STL Day 2016 and here’s how we did it!

With the St. Louis community’s 2016 annual Give STL Day approaching, members of the Planned Parenthood St. Louis Region and Southwest Missouri’s (PPSTL) leadership team decided it was time to take their fundraising efforts to the next level.

A celebration was also in order.

PPSTL wanted to ask the St. Louis community to help honor both milestones by raising $99,000 on Give STL Day, a goal more than three times the total amount raised through the annual giving day the year prior.

In this case, the videos told Vivian’s story and highlighted the work of PPSTL through interviews. A few scripted videos thanked Vivian for her work, and the icing on the cake was a video birthday message to Vivian from Planned Parenthood Federation of America president Cecile Richards.

Goals for the project:

PPSTL surpassed its goal and raised more than $100,000 for Give STL Day through the campaign while also increasing awareness among its audiences and arming them with messaging to use within their own circles of influence.