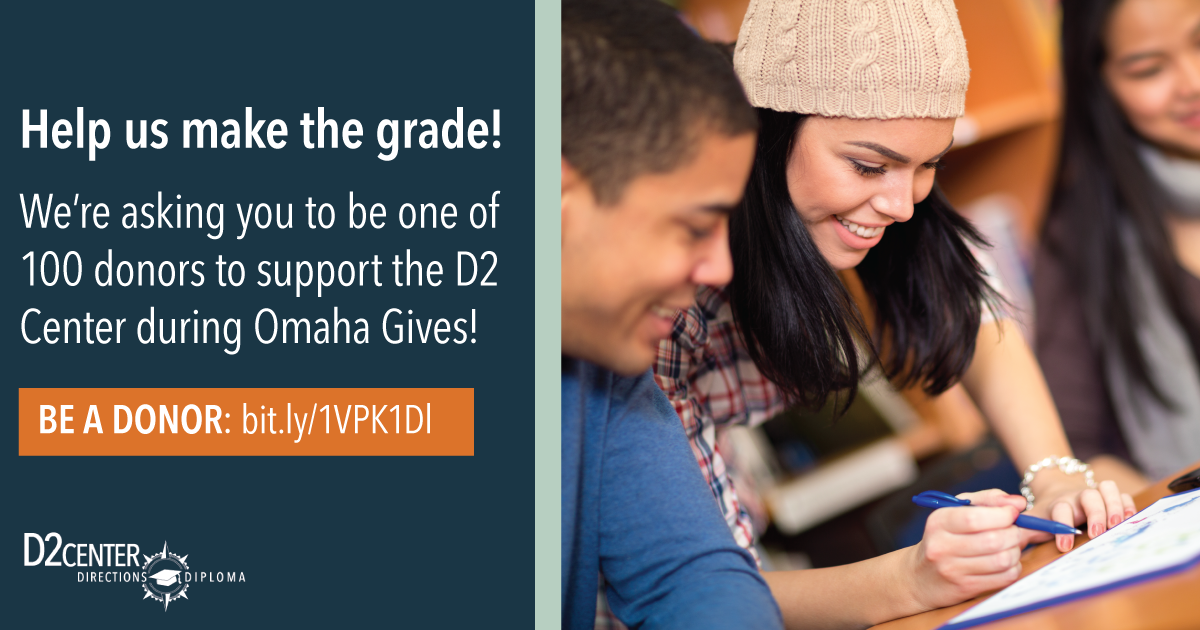 D2 Center’s  campaign was one of several put on last year  with the help of our friend AdvoKatie.

Like D2 Center’s, each nonprofit’s campaign consisted of videos, landing pages, email blasts and social posts to create awareness throughout Omaha Gives! Day. The videos are now being used throughout the year to show potential donors what their dollars can do for their programming.

Donors were encouraged to not only make a donation themselves, but to share the nonprofit’s mission and stories with their friends, families and colleagues, so that they could donate as well. Making the giving that much bigger!

Inside the landing page

Donors could scroll through tabs with videos that touched on the many programs that the D2 Center has in place for hopeful high school seniors. Creating a custom landing page allowed for multiple videos and copy that pushed their mission.

Our videos put viewers face to face with those that they are impacting with their dollars while also giving them a call to action following their give. See the videos here.

Campaigns like these can truly impact a nonprofits donations during Omaha Gives! Day and we want to help!

This year we have created a simple, stand-out video and marketing package that will beat last year’s numbers guaranteed!