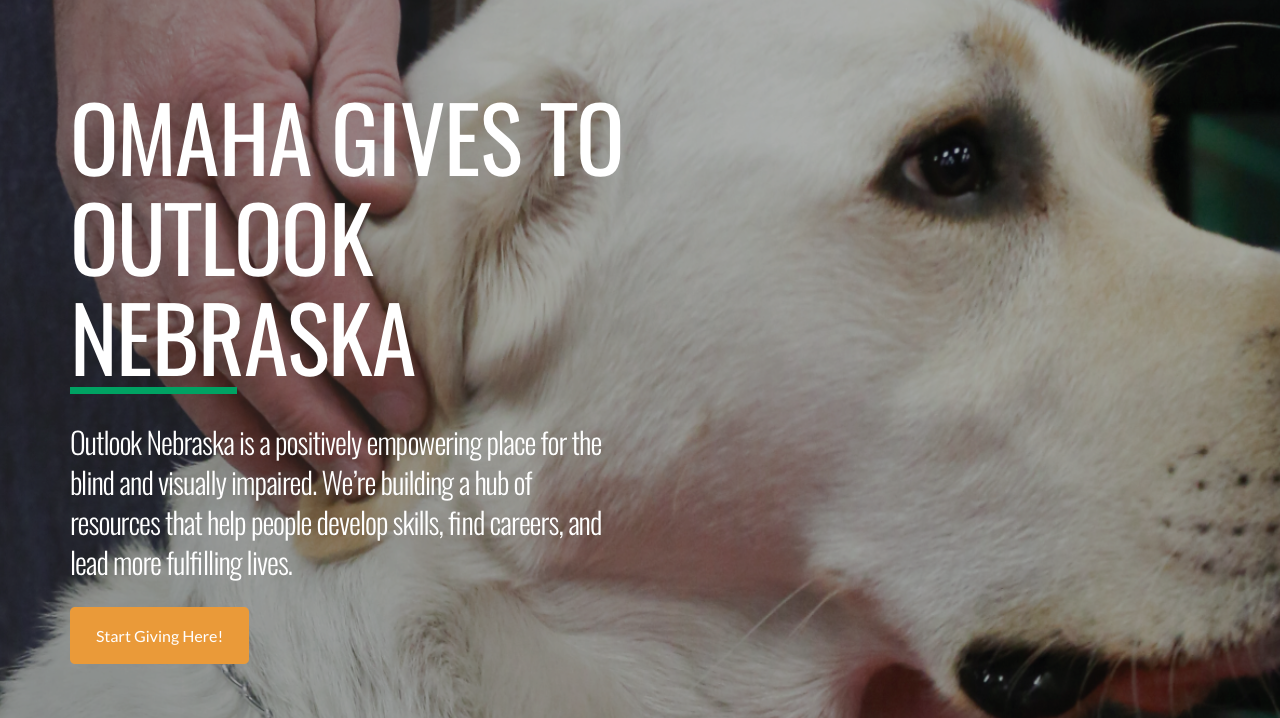 As Omaha Gives! Day 2017 approaches we know that every campaign is crucial to a nonprofits success.

Last year, we created A Dog’s Outlook, Outlook Nebraska‘s 2016 Omaha Gives! Campaign that focused on seeing the work that ONI does through the eyes of our guide dog reporter Phin.

We wanted to give a new “perspective” on how ONI works and their incredible team.

The videos were to be used prior and during Omaha Gives! Day 2016 to encourage donations to Outlook Nebraska during the day of giving while educating watcher’s on what they do and those they impact.

We captured Phin at all kinds of ONI events, with both program attendees and employees at Outlook Nebraska. From teen recreation events to working the production line, Phin reported it all.

He was an awesome dog reporter who knew how to tell a story, with a little help from the team and a lot of ear scratches.

The campaign won the Integrated Communications Award of Merit at the 2016 PRSA Paper Anvil Awards.

Luka Partners, a client partner of Outlook Nebraska whom helps them execute the award-winning programs they put on, nominated them and was recognized alongside them at the awards.

Here is a taste of what we created for ONI and check back soon for our 2017 Omaha Gives Campaign packages.