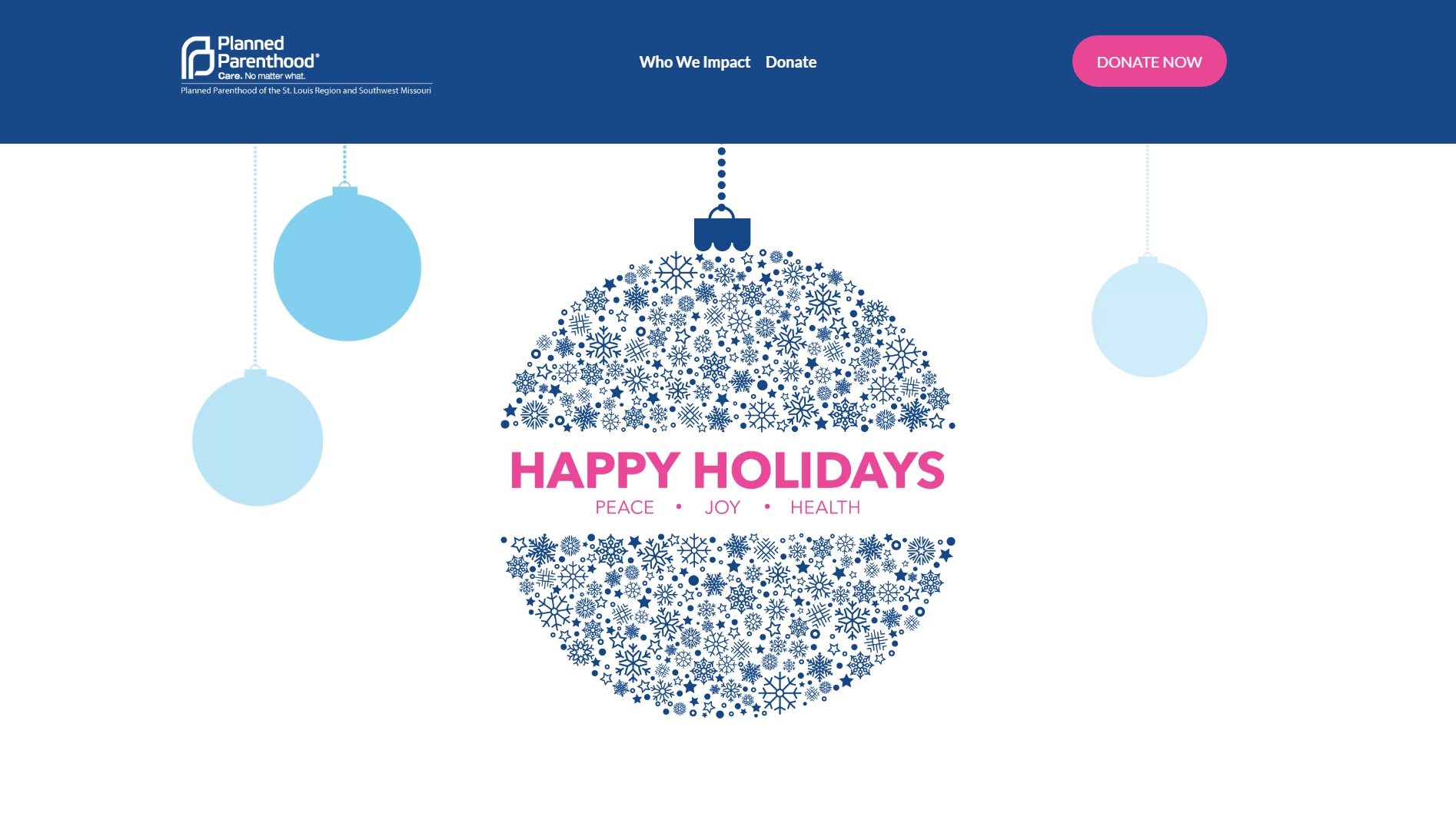 Non-profits rely on the generosity of their supporters to keep their doors open.

To gather the right supporters and make them into advocates for their cause, an organization needs to find a way to not only tell their story, but also personalize it in a way that will be accessible and relatable to their target donors. We developed an ask campaign for these types of organizations to utilize either year-round, or for a specific giving period that revolves around an event or time of year.

Planned Parenthood of St. Louis Region and Southwest Missouri was in a position where they needed to increase community support and donations. Because they had a loyal audience on social media and had a large in-house donor and email list, they wanted to leverage this audience to increase communication and hopefully trigger more donations.

This coincided not only with the end of the year (a large giving time for many organizations), but also the recent election.

We set up the shoot and had two people scheduled to come on camera the Monday before the shoot. By Saturday, the numbers had swelled to 13 people who reacted to the election and knew the importance of showing their support for the organization and how important their services were.

We actually had to turn people away, which speaks volumes to the loyal supporters Planned Parenthood has cultivated.

The video shared people-specific stories about what Planned Parenthood meant to them.

The goal was to have an impact on the community and share how the organization’s services helped women every day, and how their donations would help keep the doors open for those in need.

Along with featuring the video on their home page as part of their ask campaign, the organization also plans to use it in their social media, in their direct mailings, and in cards to supporters.

When an organization affects the number of people that Planned Parenthood does, telling their stories via video is incredibly impactful.

We enjoyed working with Planned Parenthood to help spread their message, and we wish them luck with their campaign!